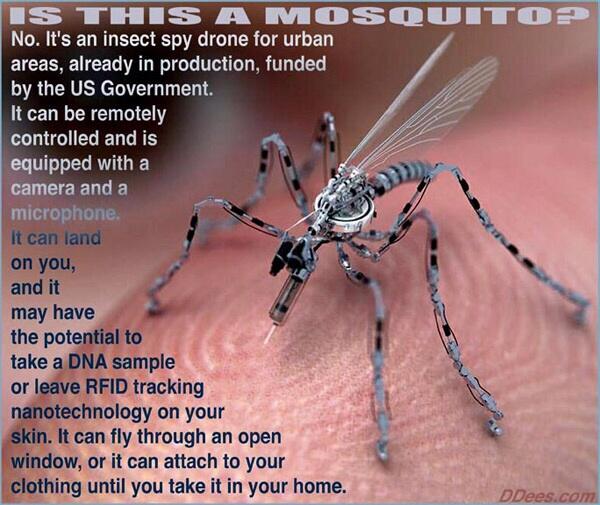 1: The DOD contracts with one company, Emergent BioSolutions, Inc., which has had issues meeting FDA
standards at their production facility.

2:Synthetic Squalene: Another issue results from the DOD's damaged credibility, the possibility that an experimental
delivery substance (adjuvant) was used. General Accounting Office (GAO) records indicate that the DOD may have
used synthetic squalene in the vaccine, which is not FDA approved. The DOD denies tampering with the vaccines.
Some Gulf War veterans have long suspected that the use of synthetic squalene in the anthrax shot is the root
cause of their ailments.

3: In 2003, Wal-Mart began using RFID technology in its Broken Arrow, Oklahoma store to track Max Factor lipstick.When consumers removed the lipstick from the shelves, this triggered a video monitor, allowing researchers 750 miles away to watch consumers.27 Researchers in Cincinnati at Proctor & Gamble could then analyze the behavior of consumers.

4: The Minnesota Department of Corrections is using a half-million dollar RFID system to track inmates in a minimum/medium security correctional facility,35 and Alanco Technologies is using tracking systems in prisons in California, Michigan, and Ohio.

5: As of September 2007, approximately 2000 humans have an RFID implant, and the largest producer of these chips hopes there could be a market as large as 45 million Americans.

6: April 2007, North Dakota passed a ban on requiring implants in individuals.112 The law states that a “person may not require that an individual have inserted into that individual’s body a microchip containing a radio frequency identification device.”

7:Verichip also failed to disclose to investors and the SEC that patients' VeriChip implants might not be readable in ambulances. VeriChip's chipping kit literature cautions that ambient radio waves, like those in ambulances, can interfere with the equipment that reads the implanted tags, but this important fact somehow didn't make its way into the SEC filing.

10: RFID stands for Radio Frequency IDentification, a technology that uses tiny computer chips smaller than a grain of sand to track items at a distance. RFID "spy chips" have been hidden in the packaging of Gillette razor products and in other products you might buy at a local Wal-Mart, Target, or Tesco - and they are already being used to spy on people.

11: The chip appears as the tiny black square component. The coil of wires surrounding the chip is the antenna, which transmits your information to a reader device, which can be located anywhere.

AMERICA THOUGHT THEIR GOVT UNDER BUSH ADMINISTRATION 2ND TERM, WOULD NEVER IMPLEMENT FORCED VACCINATIONS. THINK AGAIN.. MANDATORY OR REQUIRED IS FORCED. THEY ONLY TRY TO TELL YOU IN A NON THREATENING MANNER, TO CONTINUE THEIR MISSION OF EUGENICS AND TOTAL TRACKING OF LIVES. TOTAL PRIVACY HAS BEEN EXTINCT IN AMERICA, SINCE FIRST MAJOR OUTBREAK OF H1N1 RECORDED BY CDC.

If GOP Cared About Accountability,They Would Have Replaced McConnell & Pence For Inciting Crowd on 1/6/21
389 comments

How Is Real ID Act not Minority Report Pre Crime Unit ,when inspired by Mein Kampf by Hitler under Bush Administration in 2005?
by Poppen Report Show over a year ago

If Men In Black are Rushed to Vegas to Tell Public UFO's, Don't Exist ?
by Poppen Report Show over a year ago
More...

SHOWS ARE LIVE ONLY.TO ENGAGE THE AUDIENCE OF VIEWERS OR LISTENERS TOWARDS COMMUNICATION ABOUT REAL WORLD ISSUES.

© 2021/2026 Poppen Analysis and Research Center/Poppen Report (C)"The Voice The World Hears, The One That Cares"